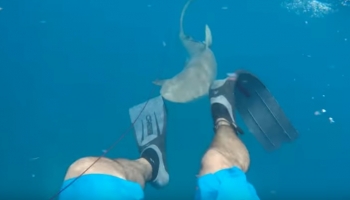 Sharks are terrifying and fascinating at the same time. Very few species are truly aggressive towards human beings, and if many human-shark encounters happen very well, the shark, because he is be hungry or feel threatened, can attack the poor diver. Bull shark, great white shark, tiger shark, bulldog shark and other, the perpetrators can be varied.

On average, the number of shark attacks per year is between 50 and 80, a record of 98 being reached in 2015. Very few of them are deadly and it is easy to imagine that some could have been avoided with a deeper knowledge of the behavior of the sharks. Despite the increase in the number of attacks due to various factors (more aquatic activities, such as encounters with sharks, warming, etc.), the deadly proportion of attacks has decreased in recent decades.

Discover 8 of these shark attacks. None of these was mortal but the images can be hard to look at for some sensitive souls. If some of them got away without scratching, others lost limbs or were bitten by the shark.

Amongst the videos, there is the famous live filmed attack at the World Surfing Championships in 2015, off the coast of South Africa, to which surfer Mick Fanning has miraculously escaped.

Aggression of an underwater fisherman by a bull shark

This Australian diver can thank his harpoon which saved him from spending a dirty moment while a bulldog shark launched at full speed against him, determined to make his prey.

Assault of a great white shark on an underwater spearfisherman

Attacked by an impressive shark in Florida

Even if these images can be hard, it must not be forgotten that there are many more harmless encounters (often without even knowing the person) than attacks like these. Let's love and protect sharks! 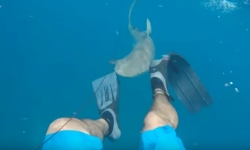 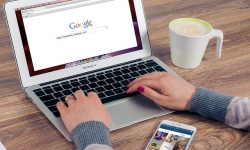 All the easter-eggs of Google! 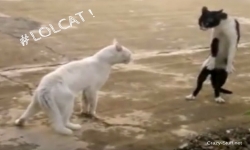 LOLCAT - The funniest videos of cats 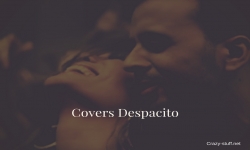 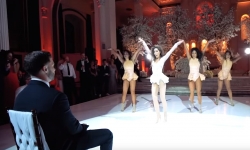 10 wedding videos that will make you want to dance